Lucas Proudfoot is a member of the Tweed Coast Aboriginal and Islander community. He has a background in professional surfing, cultural dance and is an award-winning songwriter and musician. Lucas has been an Australian Indigenous Education Ambassador and is currently a role model for Books in Homes Australia. Many of you will have seen Lucas perform his one-man Circular Rhythm show in schools throughout Australia. He also travels to perform in destinations such as Brazil, Mexico, Costa Rica, Spain, France, Portugal, South Africa and Hawaii.

The Proud Foots’ stories include subtle references to Indigenous cultures from around the globe and this has been done with great cultural sensitivity and respect. Lucas says,
“All the experiences I write about are drawn from my own interactions and the strong friendships developed during my travels as a cultural dancer, musician and surfer. My ultimate goal is to have The Proud Foots on screens and in bookshops everywhere, so that young audiences have access to cultural education tools that inspire them to learn more about Indigenous cultures.” 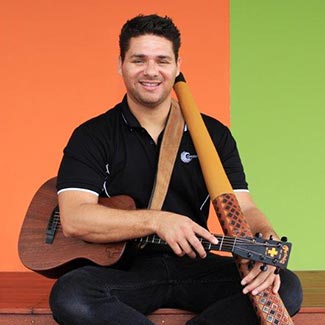 David Hardy is an Indigenous illustrator who has worked around the globe for Walt Disney Studios. He is the author of the beautiful “Alfie’s Search for Destiny” & “Alfie’s Big Wish” series of books. David is currently based in Sydney where he is working on local and international animation projects, including The Proud Foots.

Luke Mallie is an award-winning Indigenous artist, winning the national NAIDOC Poster Award in 2009 and the Art Lovers Australia Prize in 2018. Luke’s inspirations for his artwork are his family, his Aboriginal and Torres Strait Islander cultures and his tropical surroundings. “I feel that my artwork is my gift to help others appreciate the beauty of the Australian Indigenous cultures through colourful art and designs.”

You can see more of Luke’s artwork at www.malliedesigns.com

Find your favourite character and play their theme song or even better download the song for FREE! 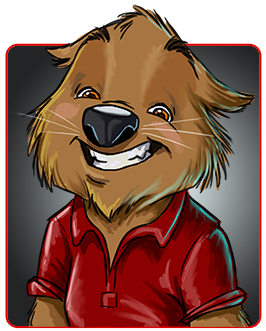 The smartest koala in Foot Stomp Creek, who plays funky bass in the band and is never seen without her phone and surfboard. 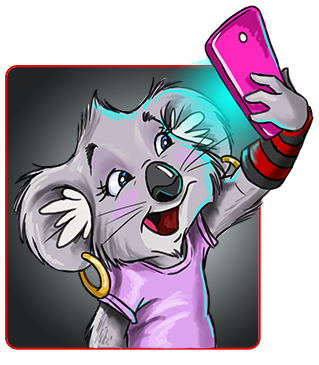 A laid-back, joke-telling lizard who loves surfing, eating and banging the drum with his big fat tail. 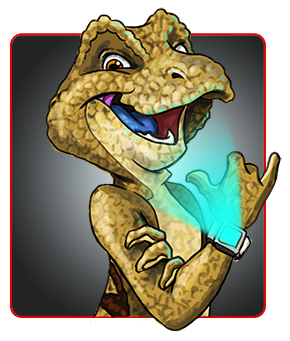 From Rocking in Japan 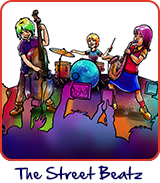 The hottest, rocking trio coming out Tokyo’s music scene. Hinata, Haru & Yuna sure know how to put on a show! 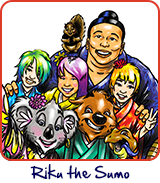 The world’s biggest, hardest-hitting drummer who plays one mean solo! 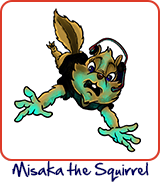 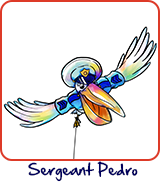 Pedro comes from a long line of Pelican Police. Pedro knows Foot Stomp Creek inside out and nothing goes wrong when he’s on the job! 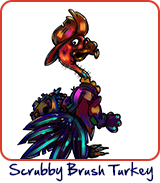 One of the sneakiest, slyest turkeys on the planet who devotes his time to snooping and snatching anything in sight, especially off clotheslines! 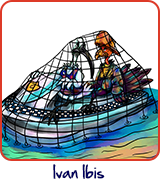 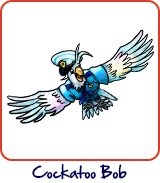 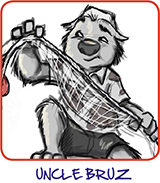 The wise elder of Foot Stomp Creek, who loves fishing, surfing and passing on stories to the young Proud Foots. 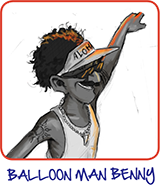 The pilot of our hot air balloon, who is full of cool stories and high flying experiences. 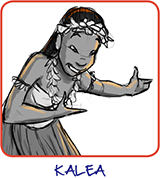 An island girl who loves to surf and weave traditional style. She is the daughter of Chief Hilo and, like the Proud Foots, she listens to the wisdom of her elders. 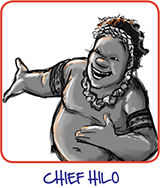 A respected leader of his village keeping traditional culture alive, much like Uncle Bruz.